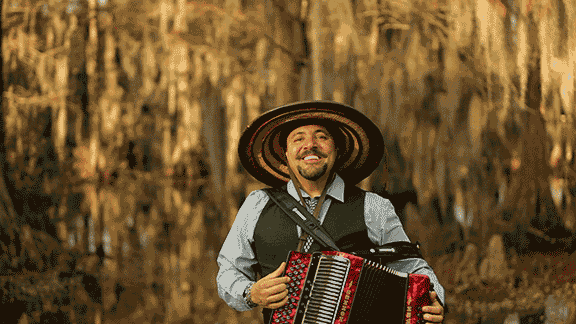 For nearly 40 years, two- time GRAMMY award winning Terrance Simien and 8th generation Louisiana Creole, has been shattering the myths and often misinformation, about what his indigenous Zydeco roots music is – and is not.

It most certainly is American roots music and it is music born of black and mixed race French speaking Creoles of South Louisiana. It’s exhilarating and as complex and diverse as the Creoles. It’s also more than just one rhythm and one tempo.

Finally, it is most definitely dynamic and evolving. The late, Dr. John and Terrance’s friend/hero, once told him “if the music ain’t changin, it’s dyin.” We couldn’t agree with you more, Mac!

Both Ian and Orlando are Berklee College graduates. Two Berklee grads in one zydeco band; definitely a first for this genre! We could not be more honored that they chose this genre and this group.

Simien has become one of the most respected and accomplished artists in American roots music today. He and his band mates have performed over 10,000 concerts, toured millions of miles to over 45 countries during their eventful career.