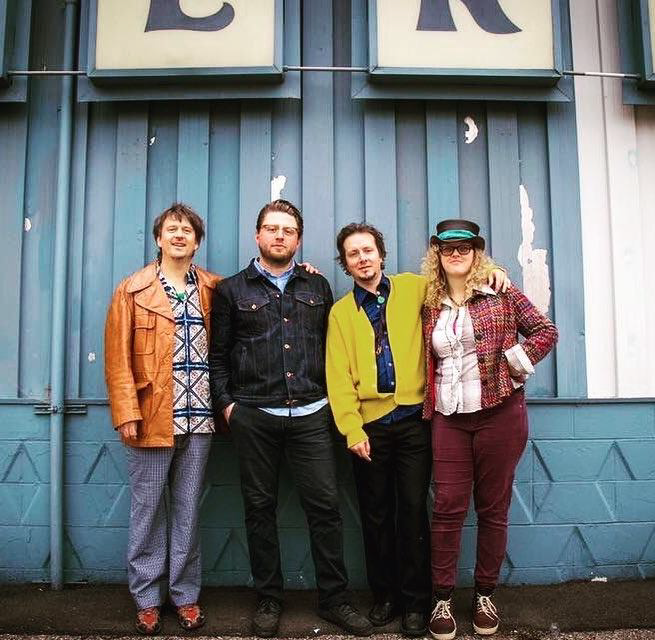 Ultra Violet Fever is an evolving mix of multi-instrumentalists and vocalists who combine an old soul with young energy to create a unique, yet familiar sound. The band is comfortable in a listening room setting and they shine in larger theatres and festivals. Their mix of roots rock, soul, blues, and country has earned the band a solid following throughout the Midwest.

The band is led by lead singer/songwriter Angela Lambrecht, who plays rhythm guitar and adds percussion with her suitcase drums. Her smokey and powerful voice delivers their songs with raw emotion and a little fun along the way!

She joined forces with childhood friends and band mates Shawn Blomberg and Adrian Kolbo at a local open mic night. Blomberg on bass and saxophone, compliments Lambrecht with beautiful harmonies and heart-felt songwriting. He is an accomplished performer, who brings years of touring experience to the stage with every performance. Kolbo, a seasoned lead guitarist and vocalist, layers their songs with tasty and perfectly timed electric energy.

Randall Wood, a veteran keyboard/piano player, adds yet another piece to the Ultra Violet Fever tapestry of sound. It is not uncommon for these versatile musicians to switch instruments and even throw in a trumpet or vibraphone solo!

Their album of original songs titled “Epimedium Sagittatum” was released in 2019, and the single “Pocketful of Mojo” has received regional acclaim and become a fan favorite.

Ultra Violet Fever has performed at Bonnaroo and the Sioux Falls Jazz & Blues Festival. They have shared the stage with roots rockers such as Big Head Todd & the Monsters and Shannon Curfman.